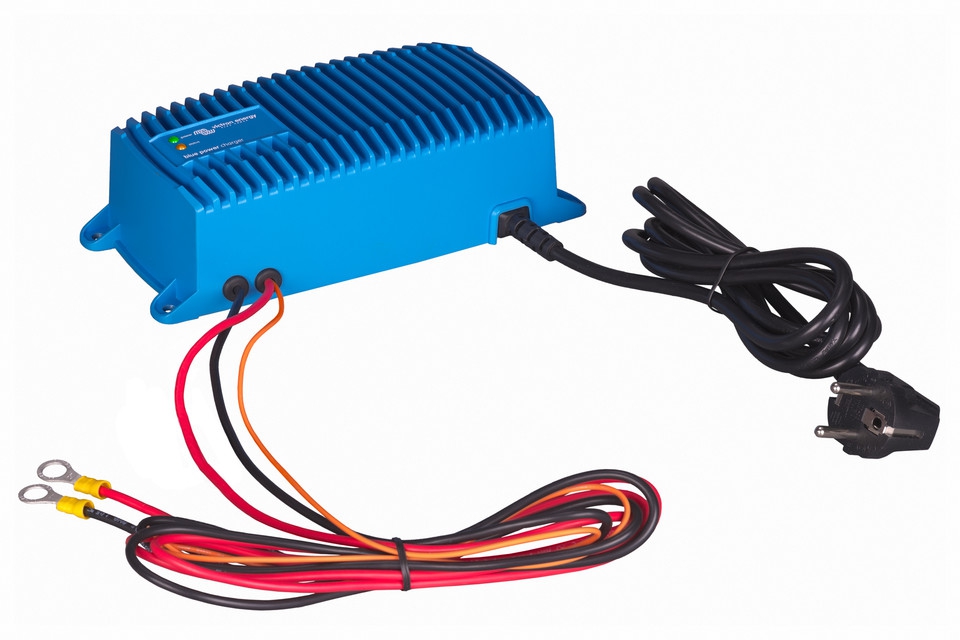 The Blue Smart IP67 Battery Charger is thé wireless solution to monitor voltage and current, to change settings and to update the charger when new features become available.  With Bluetooth, the functionality of the IP67 charger is enhanced and is similar to that of our IP22 and IP65 chargers.
Completely encapsulated: waterproof, shockproof and ignition protected Water, oil or dirt will not damage the Blue Smart IP67 Battery Charger. The casing is made of cast aluminium and the electronics are moulded in resin.
The highest efficiency ever! Setting a new industry standard: with 92% efficiency or better, these chargers waste three to four times less heat. And once the battery is fully charged, power consumption reduces to less than a Watt, some five to ten times better than the industry standard.
Adaptive 5-stage charge algorithm: bulk – absorption – recondition – float – storage The Blue Smart Charger features a microprocessor controlled ‘adaptive’ battery management. The ‘adaptive’ feature will automatically optimise the charging process relative to the way the battery is being used.
Storage Mode: Less maintenance and aging when the battery is not in use The storage mode kicks in whenever the battery has not been subjected to discharge during 24 hours. In the storage mode float voltage is reduced to 2,2 V/cell (13,2 V for a 12 V battery) to minimise gassing and corrosion of the positive plates. Once a week the voltage is raised back to the absorption level to ‘equalize’ the battery. This feature prevents stratification of the electrolyte and sulphation, a major cause of early battery failure.
Also charges Li-ion (LiFePO₄) batteries LiFePO₄ batteries are charged with a simple bulk – absorption – float algorithm.
Protected against overheating Can be used in a hot environment such as a machine room. Output current will reduce as temperature increases up to 60°C, but the charger will not fail.
Two LEDs for status indication Yellow LED: bulk charge (blinking fast), absorption (blinking slow), float (solid), storage (off) Green LED: power on 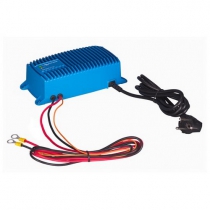