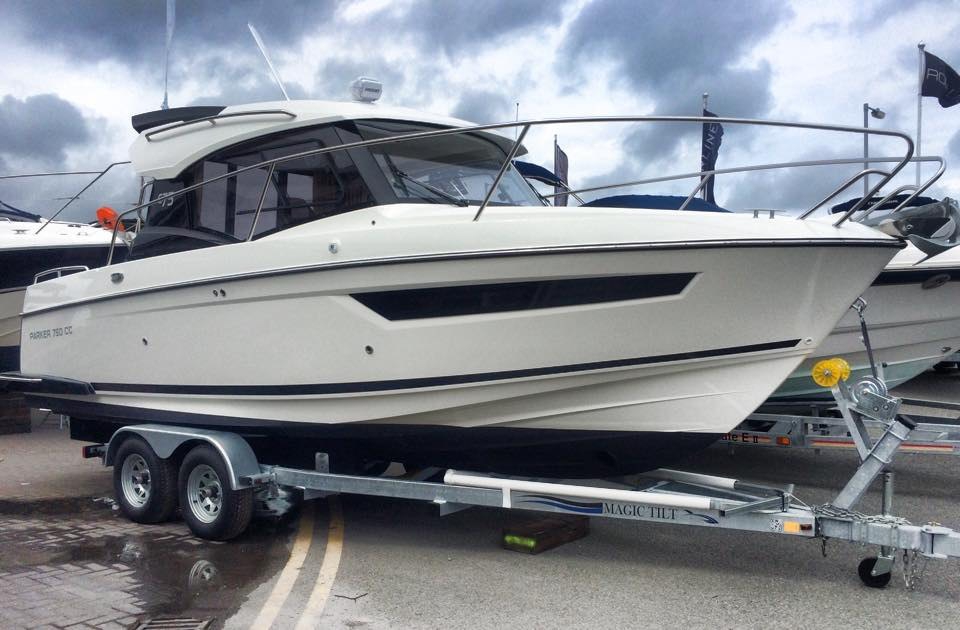 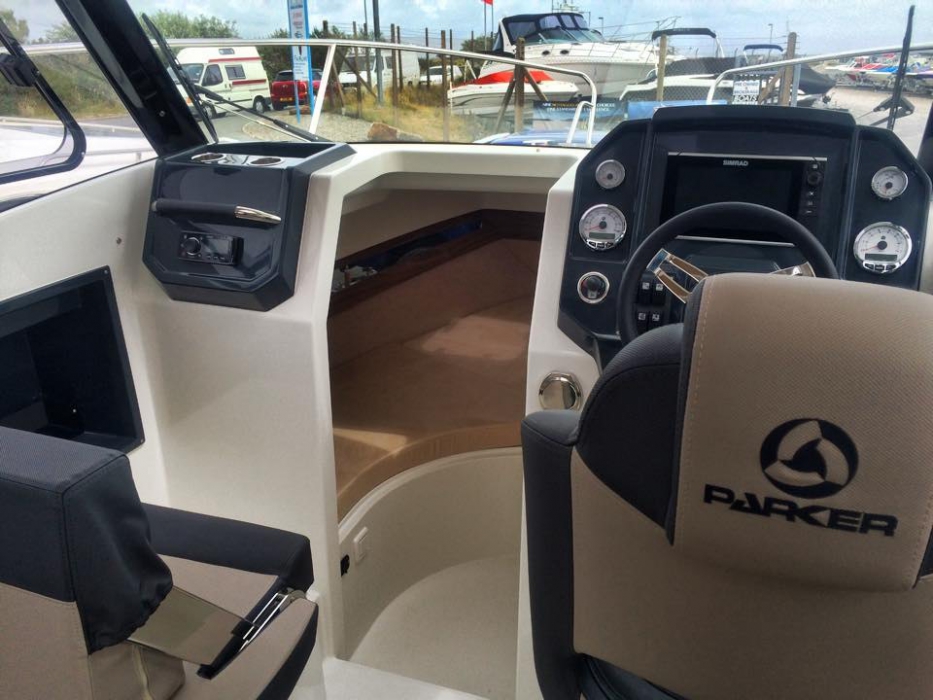 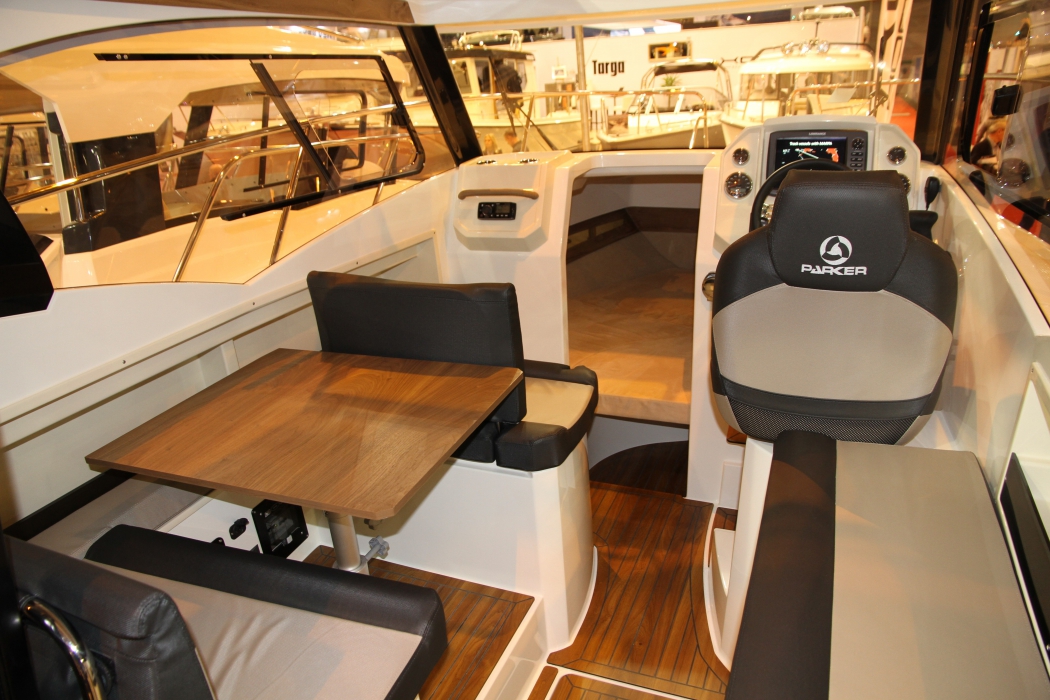 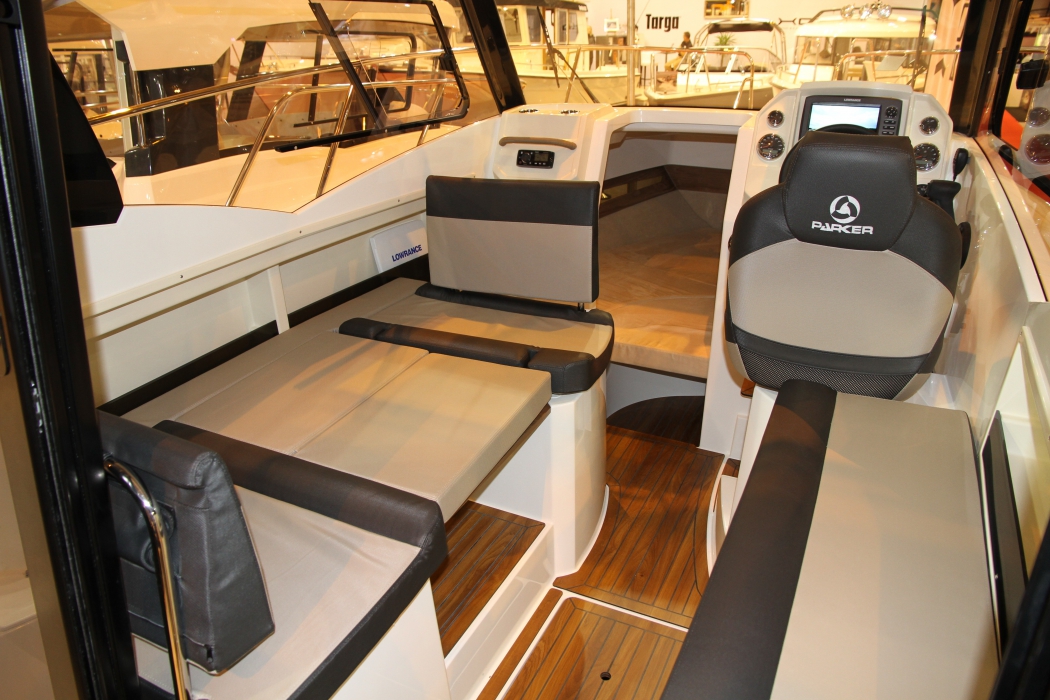 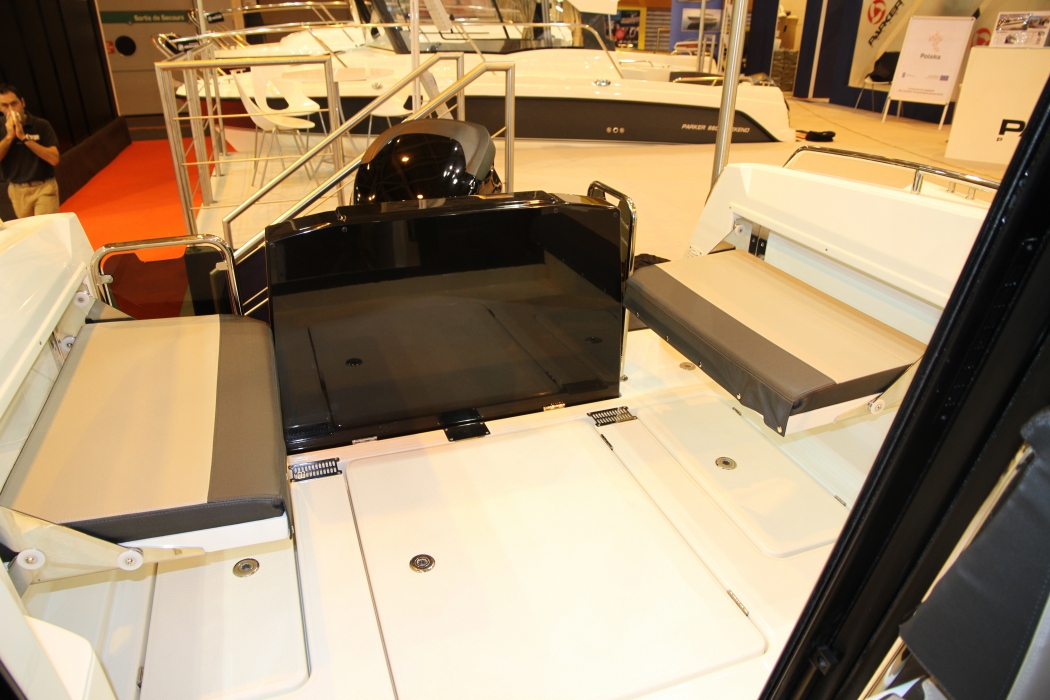 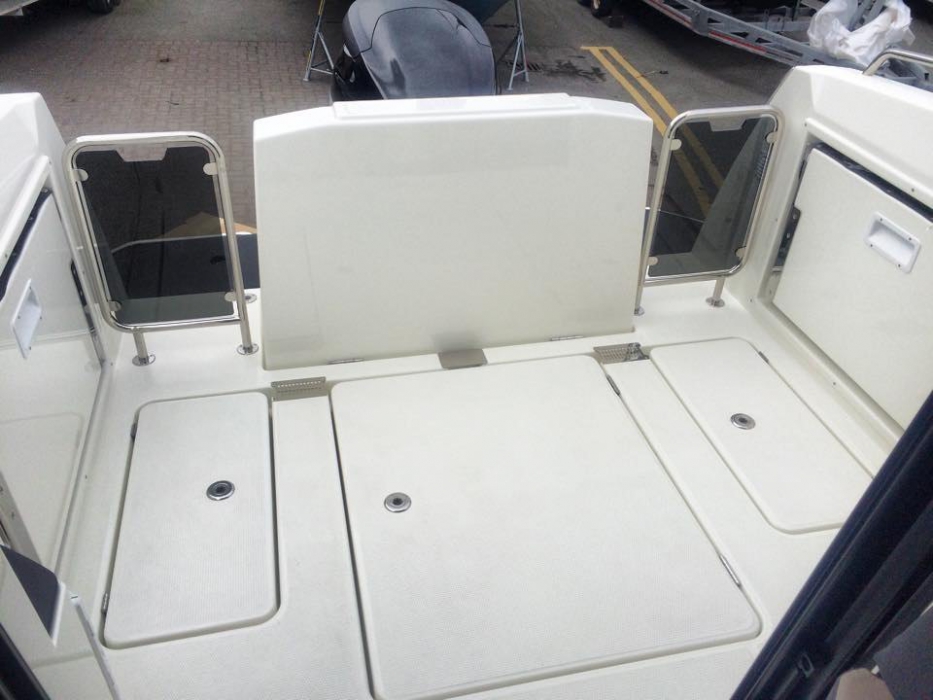 The Parker 750 Cabin Cruiser is the first in the new line of Parker Boats. This new series has a very much sports cruiser design with superb sea keeping qualities. The new revolutionary GRP laminated hull of the new boat was specifically designed for high speeds, whilst maintaining the comfort of a smooth passage. The well shaped hull with multiple spray rails permits speeds of 35 knots with a 150 HP outboard engine and 45 knots with a 250 HP engine.Four persons can sleep comfortably in the cabin with two on the couch in the front and the table can be converted to sleep further two persons. The boat is equipped with a separate cabin with a sea toilet and hand wash / shower facilities, a kitchen area with a cooker, sink and refrigerator. The layout of the cabin with lots of storage space has been provided to simplify the time on board for all. The rear cockpit will bring lots of fun to those who like to sit out in the open air when at speed. As usual, the Parker trade mark the second steering position is offered as an optional. The Parker 750 Cabin Cruiser will be followed shortly by the Parker 750 Day Cruiser which has an open cockpit with a very much “sporty appearance”. 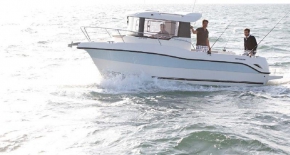 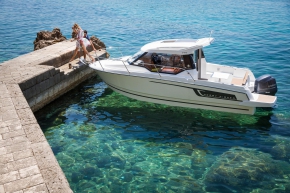 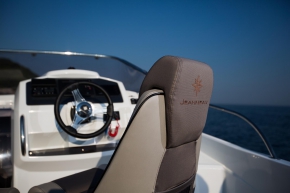 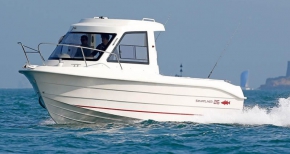